7A Geographers enjoying their discussion on TNCs such as @McDonaldsUK and why they alter their products for the markets in different countries. @MicrosoftTeams #schools #virtuallearning #Geography https://t.co/07Ufg3TQ2L

7A presenting their upcycled fish drawings to Miss Brown & Mr Mena @MicrosoftTeams which they will now make over the next few lessons, hopefully we will be able to share with you some shots of the final products later on! #schools #virtuallearning #creative2021 #StayAtHome https://t.co/r3w1zWwa8T

Jan-u-Fit Update: Staff have travelled an amazing 1800km in 15days, however our students are in the lead with a staggering 3318km a superb effort! Don’t forget to donate to @heartofkenthosp via our just giving page. https://t.co/diuo1bAzE0

Don’t forget the other important religious and cultural events happening this month! 23rd Jan is Chinese New Year this one is the year 4710 – The Year of the Dragon! 31st Jan is the birthday of Guru Har Rai the seventh prophet/teacher of Sikhism. https://t.co/1ny8iSyvrx

Our Year 12 Geography students are studying Maidstone and a contrasting area -Middlesbrough as part of Regenerating Places. Here is a selection of their academic posters displaying the initial data researched. #schools #virtuallearning #Geography #Maidstone #middlesbrough https://t.co/uMiFGV2rXX

Mrs Bolton was out and about early this morning delivering to our KS4 Book Group - we are looking forward to exploring this @FrancesHardinge title #Cuckoosong #Reading #schools #VirtualSchoolLibrary #virtuallearning https://t.co/e2xD1omGbO

In Psychology today we explored why we forget and will cover ‘interference’, i.e. forgetting because one memory blocks another. #Psychology #schools #virtuallearning https://t.co/S5oECOOeLC

8A had a “bring your pet to form time” day today! The girls loved showing the class their pets and telling funny stories about them. #homeschooling #schools #pets https://t.co/2tK3evpnx8

Well done to all Year 11 students who completed their English GCSE Speaking and Listening exams this week. Such a wide range of topics, from fashion to discrimination – the English team certainly learnt a lot! #virtuallearning #schools #GCSE #EnglishLanguage https://t.co/vAFUmXDnts

Willow Update: She is making lovely progress with her training on lead. Off the lead, Willow’s recall to voice and whistle is very good, although whenever it’s windy it takes her longer to return as she loves to chase the leaves blowing in the wind! @guidedogs https://t.co/eN9v9NJpKy

Students in Year 7 RS are studying Hinduism this term. Today, they grapple with the way Hindus view God, or rather Brahman – the supreme spirit. These analogies bring us closer to wisdom. #schools #virtuallearning https://t.co/3i5nJUE9me

Thank you to @SchoolCatering Daniel for making these delicious treats for all 9 VIAT schools. #TeachersAreHeroes #treats #schools #keyworkers So glad to hear you all enjoyed them. https://t.co/R1TzHXZgHu

Year 9 photography taking their cars off on an adventure in the style of @kimleuen #photography #schools #virtuallearning #creative2021 https://t.co/PI42wqubu3

Exploring ethical debates with Year 8 in RS this week, “Do we ever face a conflict of morals?” #virtuallearning #Schools #debates #ethical https://t.co/G4WVjscgrc

In Psychology today: Next in our exploration of models of memory comes ‘Types of long-term memory’. Here’s a podcast about ‘the man who couldn’t remember’. #Psychology #schools #virtuallearning https://t.co/1YSZoZaQgl

What will you all be doing for 'Why don't you Wednesday' Don't forget to send your photos into Keepingbusy. #WednesdayMotivation #schools #Mindset #MentalHealthAwareness #MentalHealthMatters https://t.co/RZlAiEClYr

Today in Psychology we looked at the first of three models of memory, the so-called ‘multi-store model’. Here’s an explanation we viewed. #virtuallearning #schools #learning #Psychology https://t.co/LoVMe2ZnvL

Celebrating religion and culture at Invicta. January will also host the 3rd World Religion Day, this year on the 19 Jan. A day to foster interfaith understanding and harmony by emphasising what religions share in their values and teachings. #schools #virtuallearning #Culture https://t.co/nyWjOvKgtS

Brilliant resources for those on a budget or #FreeSchoolMeals #schools #CookWithJack Thanks to @BiteBack2030 https://t.co/RVwBSYzHDM

Our RS department recommends The Dalai Lama in conversation with Greta Thunberg and leading scientists about The Crisis of Climate. #climatechange #ClimateCrisis #Schools https://t.co/y0COkZ9VUD

Murran in Year 8 has been very busy over the weekend cooking a delicious meal. This looks really tasty! #schools #Cooking #lifeskills https://t.co/mf0Rzj0uIf

Today in Psychology classes we start our study of ‘Memory’ by exploring coding, capacity and duration of memory. Here’s a great demonstration of a good memory. https://t.co/7Dc27Cp4pv #Psychology #virtuallearning #schools

Miss Baudean is loving 10R French Students for taking ownership of their learning and letting her know what they think would be more beneficial for them. 🤣👍 @MicrosoftTeams #MicrosoftTeams #virtuallearning #schools #french #Languages https://t.co/U1W5KRUr1d

Wow what a success 'Why don't you..Wednesday' was. We loved seeing all your photos sent in. We look forward to seeing your activities next week! #WednesdayMotivation #schools #Mindset #MentalHealthAwareness #MentalHealthMatters https://t.co/h7D4jgDQ1g

Emily in Year 9 challenges you to solve the riddles as part of her Year 9 Classical Civilisation Labyrinth work. #virtuallearning #schools #games https://t.co/3sVx3EF8jI 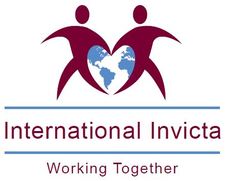 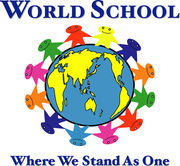 World School was initiated in 1997 by Masaki Matsudaira, the former Chairman and present advisor to the board of trustees at Kanto International School. Its aim is to create a truly borderless entity that will bring together high school students and teachers from all areas of the world for the purpose of helping the participants create their image of an ideal educational programme. This programme is designed to train students to adopt a global perspective by becoming receptive to differences and to enable them to form lasting friendships. In this way, World School hopes to prepare students to excel in globalized society, which will enable them to gain prominence in the future.

In an increasingly interconnected world, we are forced to live and work in an environment that calls for a global perspective in all that we do.  A rapid growth of technology has created a world where we must reach past our immediate cultural boundaries and behavioral patterns to include a set of standards that can help us to function in multiple cultural settings and in inter-disciplinary fields.  To succeed in an international community means that we must continually stay in tuned to standards that are created, be a part of the creation process itself by demonstrating the ability to voice our own set of values in an international context and to incorporate the knowledge we gain by making what we learn about the world, a part of ourselves and a part of our lives.  As international citizens we must learn all we can about the world by creating a network of friendships that constantly broaden our perspectives, and to adopt the attitude that as responsible globally minded leaders of our future, together all things are possible.

History
Since 1997 World School have been inviting students from schools all over the world to visit the Forum annually as representatives of their countries in an international forum which has received the moral support of the Ministries of Education and the Embassies of represented countries.

One member school per country or region is chosen as a representative of the World School. Each year the member school sends three students and one teacher to a World School International Forum which is held during the end of October to the beginning of November.  World School hope that this may lead to exchange programs and increase the opportunities for students to join those from many different countries, deepen international awareness and become ambassadors of peace and friendship.