With lockdowns easing a little we are super excited to bring back some of our Extra-Curricular clubs this term - Introducing PE. #Sports #schools #clubs https://t.co/QmHg9ypUr8

It’s been great to welcome back into school @SchoolCatering today serving up these delicious take away delights for our students. #schools #catering #food #BacktoSchool https://t.co/0b9vvJhQ4E

With Thanks to @natonlinesafety for another fantastic #WakeUpWednesday guide. This week they look at Snapchat and highlight important #OnlineSafety tips for parents and carers. #schools https://t.co/ZsRkHZa4QM

Recently in English, 8S created some blackout poetry based on their studies of Romeo and Juliet.#English #poetry #RomeoAndJuliet #schools https://t.co/5wUe24zsId

During #lockdown our Year 9 #photography students have been working on a collaborative development series to showcase in a virtual exhibition. Please use the link below to view the amazing work produced. #schools #Creative @samsofy2 @kimleuen @slinkachu https://t.co/EGOU7t3x32 https://t.co/zbiz3qPsBE

Finally on the last day of term our Sixth Form managed to enjoy a treat from Mrs Derrick! #Schools #treats #icecream https://t.co/C1Kvd9kSXV

Ever wondered how encryption works? The Computer Science department are pleased to announce they will be hosting a 3-day #cryptography workshop for Years 7 & 8 taking place next term. This will cover the Caesar, Scytale and Pigpen ciphers. Please sign up if you are interested! https://t.co/qmIERKVEZb

Congratulations to our very own @GiannaPP on your first book . We are super proud! #Writer #readingforpleasure #schools https://t.co/csjhgap2B4

Some of our Year 11 students enjoying an Ice cream from Mrs Derrick at lunchtime today . #treat #schools #Thankyou #icecream https://t.co/xf3qk62SXh

'Creating this book with the aim to educate people out of willingness to make a change to the world' Thank you, from Lexie Year 9. @ReadingAgency, @WalkerBooksUK @FredTJoseph #TheBlackFriend #bookclubs #readingisfun #GreatSchoolLibraries https://t.co/B9xb3SVQCR

In Year 12 Computer Science they have been programming their own calculators this week using #Python and #VB It is great being #BacktoSchool and working on the desktop computers! I think you will agree that their programs look very professional. Well done to the A Level group! https://t.co/k3NtiynasT

Calling all Computer Science Aspire students! There will be a subject hub session being held on Thursday, 1 April on the topic of ‘Big Numbers vs Small Brains’. Please speak to your Computer Science teacher for more information! #Schools #computers #hub #learning https://t.co/DwJdQTj9AN

Year 7 have been #learning how to use #Python to draw shapes and repeated polygons. Learning that precision is very important when using text #programming! We are looking forward to practising our skills and creating our own images next term. #schools Well done Esmae & Poppy. https://t.co/t1psVUTXPT

Our Year 8 Computer Science students have just finished their KS3 Diploma tasks and we were overwhelmed to see so many excellent images. Here are a few brilliant examples demonstrating how digital #images are represented in computer systems. #digital #schools #Diploma #Students https://t.co/bYffkyoC4v

Today our Year 9 students managed to enjoy a treat from Mrs Derrick in the sunshine! #schools #BacktoSchool #Thankyou #Treat https://t.co/B3hHpBuz8n

Update from @ArrivaKent - Student tickets are for any student (6th form upwards) regardless of age, as long as they hold a valid student ID. This ticket is an alternative to local council passes. #Travel #schools #backtoschool https://t.co/wYtcxbD2Gh

Today see's the start for our students 'little' treat! Up first are our Year 7 who are busying waiting in line to enjoy an Ice Cream/Lolly from Mrs Derrick. #Thankyou #schools #BacktoSchool #returntoschool #icecream #treats https://t.co/8STU9H5YS0

Our Year 9 Food Tech students have been learning about vitamins and minerals and how they affect the body. #schools #lessons #backtoschool https://t.co/WUzMJi1iVE

Just a little reminder for our students to test at home this evening or in the morning - don’t forget to record your results. Thank you for helping to keep our school safe. #COVID19 #schools #BackToSchool https://t.co/0gjmO3VQKN

We hope all our students enjoy today's 'WDYW' afternoon, we are looking forward to seeing your photos submitted to our keepingbusy email. #WDYW #WednesdayMotivation #MentalHealthAwareness #MentalHealthMatters #schools https://t.co/hdl4WunMgL

It's our final @guidedogs 'Bubbles' journey update - It's lovely for us to see how much she has grown over the last year. We wish her every success! #GuideDogs #charity #sponsor #GuideDogsFamily We will be sharing further updates on our other puppies soon! https://t.co/x7cDlL5DEd

Congratulations to Hannah and Kimaya 👏 selected as finalists in the VIAT 'Fractured Fairy Tales' competition. Winners to be announced after Easter. https://t.co/aPgqf4LCx6

In April, during the Easter holiday, the PE department took a group of very excited students to Paris to take part in a Netball and Football tour combined with a trip to the Disney parks. All of the girls were given the opportunity to develop their skills in their chosen sport as well as compete against many other teams. In addition to the competitions, the students also had time in the parks, where they were able to go on all of the rides and watch the Disney parade. Although we had early starts and late nights, the girls were all incredible on the trip and we all had a fantastic time. It was wonderful to see how much more confident the students were after their training and how fired up they were during the games. It was a really memorable trip, and we hope the girls will continue with their enthusiasm for netball and football in the next academic year. 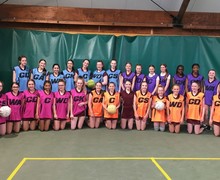 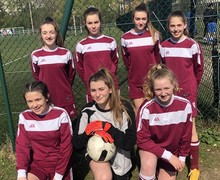 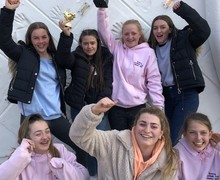 This years sports tour was to Sri Lanka and took place during October half term. Miss Abbott, Miss Palmer and Mrs Hare accompanied the Yr 8-13 students on the awe-inspiring trip to this fantastic country. The girls volunteered at a local Seenigama Foundation of Goodness sport centre which aims to help improve the lives of the local community who were devastated by the tsunami. The group actually visited the main centre as well where they saw the unbelievably high-water marks left behind by the devastating waves back in 2004. The Invicta students build up many nice friendships and memories from the trip which I’m sure they will carry forward in years to come.  As well as giving up their time to volunteer the girls also had plenty of R&R time sightseeing around the country.

For a full write up please read our students blog posts from the tour. 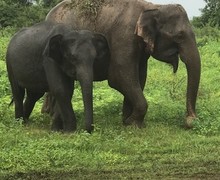 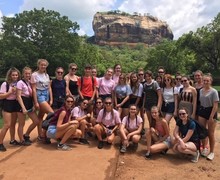 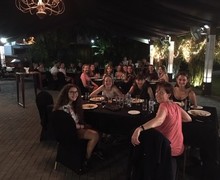 During our trip to Barbados in October 2017, the girls had an opportunity to develop their netball skills and gameplay. They were coached by a qualified netball coach on a daily basis and were then able to put these skills into practice by playing four matches against local Carribean teams. Whilst we were in Barbados the students participated in a community tree planting project to help the local villagers. 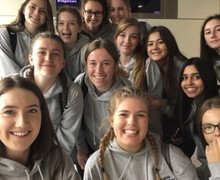 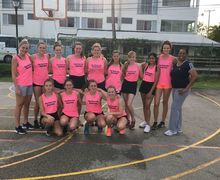 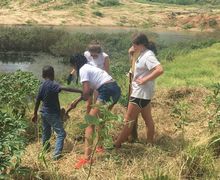 Day 1
“After a 3am pick up at Invicta, we travelled to Gatwick for our flight to Malta. After an easy flight (and a bumpy landing!) we made our way to our hotel to check in, change and have a quick lunch. We then headed off for our first 2.5 hour training session with Kelly, our netball coach. Soon we were back on the coach to travel to our match against a local team! The U15s played really well against a strong attacking side and achieved a score of 4-10. The U16s played their match against a mixed age group team (adults and youths) and achieved an outstanding result of 20-9. Francesca and Emma were awarded Player of the Match."

Day 2
"We started off the day with a two hour training session in the rising heat, with the students developing more advanced skills and techniques. After a quick lunch, we headed off to the sports centre for our second match against another local club. The U16s playing really well against a strong cohesive team. The score was close all the way. In the 4th quarter, we were 1 goal behind but we finished with a draw, with our shooters managing to get a goal in the final 5 seconds!! The U15s played exceptionally well, seeing significant improvement in the skills developed from the earlier training sessions. Invicta soared ahead with a final score of 22-3.

Congratulations to both teams for their exceptional performances today. To finish the day, we had a movie night arranged at the hotel with a special surprise for Joyce who was celebrating her 16th birthday in Malta! A cake had been prepared and we all enjoyed spending the evening as a group. Too many sweets were eaten but we had a great time! We are looking forward to another game tomorrow and a trip to the city centre!"

Day 3
"We had a very early start this morning with a match against the Malta national teams. The U15s started the session off, playing incredibly well. Unfortunately, the Malta U15s were strong and experienced and won the game. The U16s then had their turn against the older Malta team. Invicta worked hard building up the score and were soon comfortably winning! The final result was an incredible 36-19 to Invicta. The girls were really proud to have won such an important game. After that, we had the opportunity to visit Valletta city centre where the staff and students could spend some time shopping and exploring the area. The weather was incredible and everyone enjoyed the afternoon in the sunshine. Dinner followed by a relaxing evening has been a great way to finish the day. Tomorrow will be busy with lots of training and an extra match against an English team who are also on tour!"

Day 4
"Today, we had the opportunity to train and then play against an English school from Sussex who were also out on tour. The girls were mixed up in order to develop their social skills and integrate with other students. Despite the heat, the girls all played really well. Our final training session began with skills and drills, followed by a 40 minute versatility match, where each player changed positions after every goal! We had the opportunity to put our training into practice for the final time.

The evening finished with a quiz night and presentations of medals, certificates and prizes. The students had also organised some gifts for our coach Kelly to say thank you. It was a close result with the quiz, but due to an illegible answer, team Absolute Gemz won overall! Tomorrow will be our final day in Malta!”

Day 5
"On the last day, students and staff visited St Julians for a couple of games of bowling. Each lane were in fierce competition but Miss Parish’s team eventually won! Then it was off to the airport. The group returned home very late, after the coach was delayed on the way to picking them up."

Miss Parrish commented “The girls were great ambassadors for Invicta. They played well, trained well, and behaved well. They were an absolute delight to take on tour”. 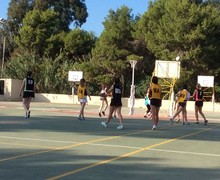 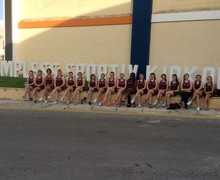